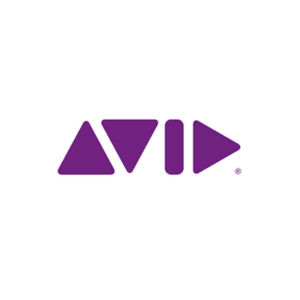 Boston, MA (May 26, 2021)—Boston Arts Academy Foundation, an independent 501(c)(3) nonprofit organization that raises essential funds for Boston Arts Academy (BAA), the city’s only public high school for the visual and performing arts, today announced the election of Avid Technology CEO and President Jeff Rosica to Board Chairman. Longtime BAA Foundation Chair Lee Pelton will be recognized as Chairman Emeritus, as he also becomes President and CEO of The Boston Foundation.

“It is with great honor that I follow in the footsteps of Lee Pelton,” said Rosica. “Boston Arts Academy Foundation engages private donors in funding programming and opportunities that allow young artists to find their voices, express themselves, and achieve their dreams. I am grateful to serve Boston Arts Academy’s students and faculty during this critical time in our city and our school’s history.”

Under Pelton’s leadership, the BAA Foundation hired Denella J. Clark as President, who built an exceptional team to engage private donors in bridging the annual multimillion funding gap between Boston Arts Academy’s allocation from Boston Public Schools and the true cost of the school's arts-intensive and college preparatory education—equivalent to $5,000 per student each year. The Foundation has raised more than $12 million towards its $32 million comprehensive Building Our Future Campaign, which augments the school’s budget and builds long-term financial sustainability. In 2022, Boston Arts Academy’s new school building will open directly across from Fenway Park, immediately increasing the number of students from 480 to 500 and eventually growing over the years.

Rosica has served on the BAA Foundation Board since 2018, helping to raise awareness and support for the school from the media and entertainment industry. That same year, Avid Technology licensed all Boston Arts Academy students to use its music and audio creation software, Pro ToolsÆ, and in late 2020, donated state-of-the-art equipment to help outfit BAA’s new school building. Rosica served as the Chair of BAA Honors 2019, which raised a record-breaking $1.3 million. Avid has made more than $800,000 in technology and Building Our Future Campaign investments for the school.

“I congratulate Jeff Rosica and Lee Pelton on their new roles and am so grateful for their leadership. Along with the entire Board, I look forward to working with them as we move into the next chapter at Boston Arts Academy Foundation,” said BAA Foundation President Denella Clark. “Jeff is deeply committed to our students. His leadership and understanding of our school and the unique challenges facing our students make him an exceptional Board Chair.”

Pelton will step down from the role as Board Chair on June 1, the same day he begins his new position as President and CEO of The Boston Foundation, after nearly 10 years as President of Emerson College.

“The Foundation will be forever indebted to the visionary leadership of Lee Pelton,” Clark said. “We congratulate Lee on his Emeritus role and value our continued partnership with him in this new capacity. His commitment and contributions to BAA and the Foundation are singular in the more than 20-year history of both the school and the Foundation. We look forward to cutting the ribbon of the Lee Pelton Board Room in the new Boston Arts Academy school building next year and celebrating Lee as our Lifetime Achievement Honoree at BAA Honors 2022.”

Established in 1999 to bridge the annual multimillion dollar funding gap between Boston Arts Academy’s allocation from the Boston Public Schools and the true cost of an arts-intensive education, BAA Foundation has embarked on a $32 million comprehensive Building Our Future Campaign to augment BAA’s school budget and build long-term financial sustainability. To date the Campaign has raised more than $12 million.

Founded in 1998 as the city’s only public high school for the visual and performing arts, Boston Arts Academy has distinguished itself among urban public high schools as a leader in innovative and effective student-centered education. Consistently recognized locally and nationally for its achievements, Boston Arts Academy exemplifies the power of an arts-rich education. Students come from all 23 Boston neighborhoods to receive formal arts training and academic instruction and become the city’s next generation of artists and cultural leaders. For six straight years, 97% of Boston Arts Academy’s graduates have been accepted to college, with many becoming first-generation college graduates.

In fall 2022, with funding from the city of Boston and Massachusetts School Building Authority, Boston Arts Academy will welcome students to its first purpose-built, state-of-the-art school building directly across from Fenway Park. Among many highlights, the building will include new and much-needed enhanced theatres, career center, academic classrooms, dance studios, music practice rooms and fashion technology studios and workspace. The number of students enrolled in the new building will increase from 480 to 500, and eventually grow over the years.